Making it Stick: The Subway Story 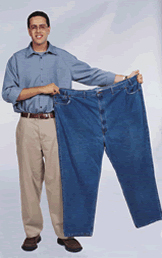 Did you hear about the guy who lost weight by eating fast food?

One of the best examples used in Made To Stick of how the SUCCES principles can be used to make your message memorable is the Subway advertising campaign centred around Jared, a once-obese man who created what is now known as “The Subway Diet”.

The Jared story has all six elements of “stickiness” and it uses them so well that Jared featured in Subway advertisements for 10 years.

Who is Jared and what is his story?

12 years ago, while Jared was in college, he had a serious weight problem. At one stage he weighed 425lbs (193kg), he wore XXXXXXL shirts and he wore trousers with a 60-inch (152.4 cm) waist. As you can imagine, this affected nearly every aspect of his life even down to the choice of which college courses he took. This is described in an article in the Indiana Daily Student:

He didn’t base his choice on professor or class time like most students. He based which classes to register on whether he could fit into the classroom seats.

Jared knew that his weight would lead to serious health problems and decided to slim down. At the time Subway had a campaign advertising how some of its “Sub”” sandwiches contained under 6 grams of fat. Liking the taste of the sandwiches, Jared decided to base his diet on these low-fat subs.

And it worked. After 3 months, he weighed 330lbs. He kept up the diet and combined it with regular exercise. One year later, he weighed a much healthier 180lbs (82kg).

It sounds like the perfect ad campaign, doesn’t it? And it was, it resulted in in increased sales for Subway and made Jared a household name.

Why does it work?

Simply put, it works because it follows the six principles of the SUCCES model:

When you are working on your next presentation, think about how you can use the SUCCES model to make your message memorable to your audience.

Speaking to a Non-Technical Audience: The Mammy Test